I'm really fucking tired of people who claim to be all about social justice BULLYING people into submission. What kind of poisonous bullshit is this anyway? I've been bullied. I know what it looks like. it doesn't look any different in the real world than it does on the internet, except on the internet it's ten times more vile, and now they can use social justice as a way to justify it. I believe social justice is beautiful and it's necessary that it exist, but not this way. This is not the way it's supposed to be. This way it does more bad than good. It makes me SO UPSET. And I don't know how to deal with how upset it makes me feel, I don't know how to turn what I feel into something useful.

Never have I stepped into an environment that is supposed to be all about equality and then promptly made to feel the way I always have felt. Like I don't have a voice. Like I'm a minority, even in the spaces where I shouldn't have to feel that way. I thought this was supposed to be about progress? Then why do I feel just as silenced and small as the world has always made me feel? Why is a movement that's supposed to be about equality ALIENATING people who ask questions?! Why is it alienating the people who want to understand? Why are you DOING that?!

OBVIOUSLY minority and oppressed groups have no obligation to educate, but you are claiming to be part of a movement, and that is the PURPOSE OF A MOVEMENT. To EDUCATE. To SPREAD AWARENESS. Why are you alienating and belittling and insulting and BULLYING the people who ASK questions and who ASK to be educated? Do you realize the damage you are doing?! Do you understand that alienating and bullying and belittling them turns them away?

I don't understand this at all. It's assbackwards as all hell.

It hits me right in my gut. It hurts to see it turned into this but there's nothing I can do. Why aren't any of them volunteering at homeless shelters or soup kitchens or the peace corps? Why are they bullying people and talking about how terrible they are because they made mistakes?! Everyone has made the same mistakes!! And sometimes they aren't even mistakes.

What happens at tumblr and simsecret is not what it's supposed to be about and it makes me really sick and super angry. If anyone wonders why I decided this community isn't worth sharing with, there's your answer. Anyone who condones this is not someone I want to know, and this is why I refuse to become part what tumblr and simsecret call social justice. It makes a mockery of something that is genuine and real and it does nothing for those of us who need and want a voice.

I got bored with the game for a while and quit playing and then went back to realism for a while, but i didn't like that much, then i missed the Flowerings, so I played through their vacation after an EPIC DOWNLOAD CLEAN OUT

And pictures of a house :> 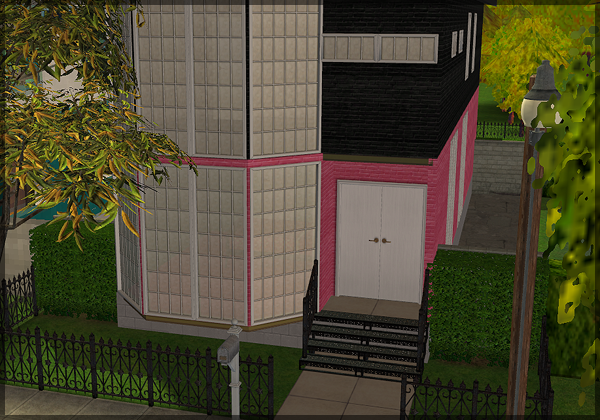 Lisette Cress lives here.
( Collapse )
Anyway, since it's been so long and I've gone from almost extreme maxis match back to realism and then back I discovered I was missing a some hair meshes and clothing (MUCH TO MY HORROR. Not really). So after the welcome wagon showed up with maxis hair and clothes I figured I'd better close out and fix it. That is, find the missing hairs ~_~

i was playing earlier when dylan rolled a want to go on a date, which is when i realized i had no places to send her on a date ]: so i took Alexschmidt's little restaurant thingy and got to work >:D

i went in prepared to take some previews but ended up playing for a few hours :D

i switched to aquilegia's skins and they are SO PERFECT. they're gorgeous, so glad i finally decided to try them out.

these are all random and out of order, so here is a tiny tiny flowering update:

Hi :D I've been kind of busy with school starting and working an insane amount, so I haven't been playing. But I do have some pictures saved up :D

This is Coriander. She is brushing her teeth. She does this a lot. They all do.

Hello :D I've been populating a neighborhood for the past few days -- I'm hoping to do a kind of pseudo legacy once I get a few more families moved in. I have a surplus of chicks and not enough dudes B|

I used an unfurnished house by Alexschmidt, since I love her lots :)

Mannnn, it's almost 5 am and I played sims until about 3:30. About three or four hours. I haven't played that long in ages ya'll.

Anyway, I have pic spam :D I'm thinking of going through and perhaps slowly making over lots in Belladonna Cove. Probably not, though, because I'd like to get started on my own 'hood. There's a coffee shop in the neighborhood that had so much potential to be better looking and i ended up making it over :D

I can't remember what it's called, daaaah. Sorry, this picture is a BIT large, but I wanted to be able to see the details :x

I actually played my game last night. First time in like months! I'm a bit burnt out on Left4Dead and Assassin's Creed right now, so yeah :>

The the foyer of October and Marigold Blunt: